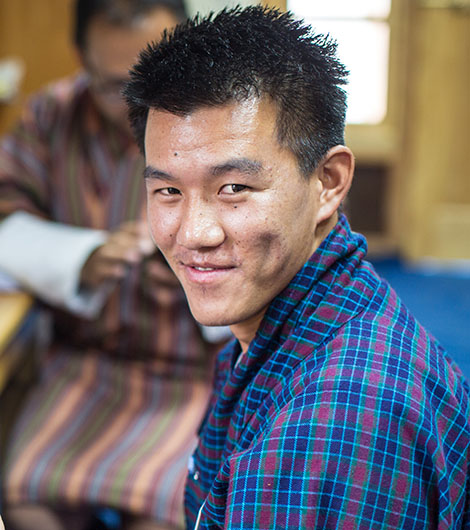 Nima Tshering (School Captain) is 23 years old (born in 1996). He has a profound hearing loss in both ears, which means he is very deaf. He was fitted with 2 digital hearing aids in October 2018. His goal at the time was to hear his name being called, so his friends didn’t have to throw stones at him to attract his attention. He also wanted to be able to hear trucks coming and alarms etc. for safety. He can understand some words and wants to learn to say Apa and Ama (Mum and Dad) and be able to say to his mother ‘I love you’. He’s trying to speak although some of his words are hard to understand. He says he’s heard a dog bark, a cow moo, the sound of lorry tyres and a horn honking. He signed: ‘It’s changed my life to hear these sounds’. Nima Tshering wants to learn how to repair hearing aids when he finishes school at the end of this year.